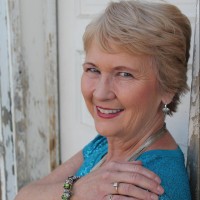 Biographical Info Dr. Melanie Tidman DHSc, M.A.,OTR/L completed a Bachelor’s degree in Occupational Therapy at Colorado State University, Master’s degree from the University of New Mexico, and her DHSc from AT Still University Doctorate in Health Science program in 2011. Dr. Tidman and has 39 years of experience as an Occupational Therapist in Pediatrics, Intensive care, and Adult Physical Rehabilitation with an emphasis in Neurology and Neurosurgery Rehabilitation. She owned and directed Tidman Therapy Services, a pediatric rehabilitation center, for 22 years and has expertise in all areas of inpatient and outpatient Adult Physical Rehabilitation. During her professional experience, Dr. Tidman has published several articles about tele-health, healthcare reform, Occupational Therapy fieldwork education, and is a contributing chapter author for an Occupational Therapy textbook. Her book “Families in ICU: A Survival Guide” was published by Xlibris publishers in October 2015 and is the first book in a series of educational guides for families of patients with neurological conditions. Her second book “Families in the Rehabilitation Center and Beyond” was published February 2017. Dr. Tidman currently is an Adjunct Professor for A.T. Still University’s Doctorate in Health Science program, the Nova Southeastern University Phd in Occupational Therapy program, and the Colorado Christian University Masters in Healthcare Administration program, and has special interest in healthcare delivery, patient-centered care, and professional writing instruction.

0
Thanks for subscribing! Please check your email for further instructions.